Cryptocurrencies in general and ‘Bitcoin’ in particular were buzzwords four years ago, as they reached unprecedented popularity among private investors. By 2018, however, the buzz had gone, and the value of Bitcoin fallen by half but last month prices had hiked anew, and Bitcoin was once again on the front pages. Some economists as well as investors have consistently argued that the future – or at least part of it – lies with this relatively new asset category. Others have urged caution. Below is an overview of how cryptocurrencies work, and of their potential opportunities and risks for the economy more broadly. 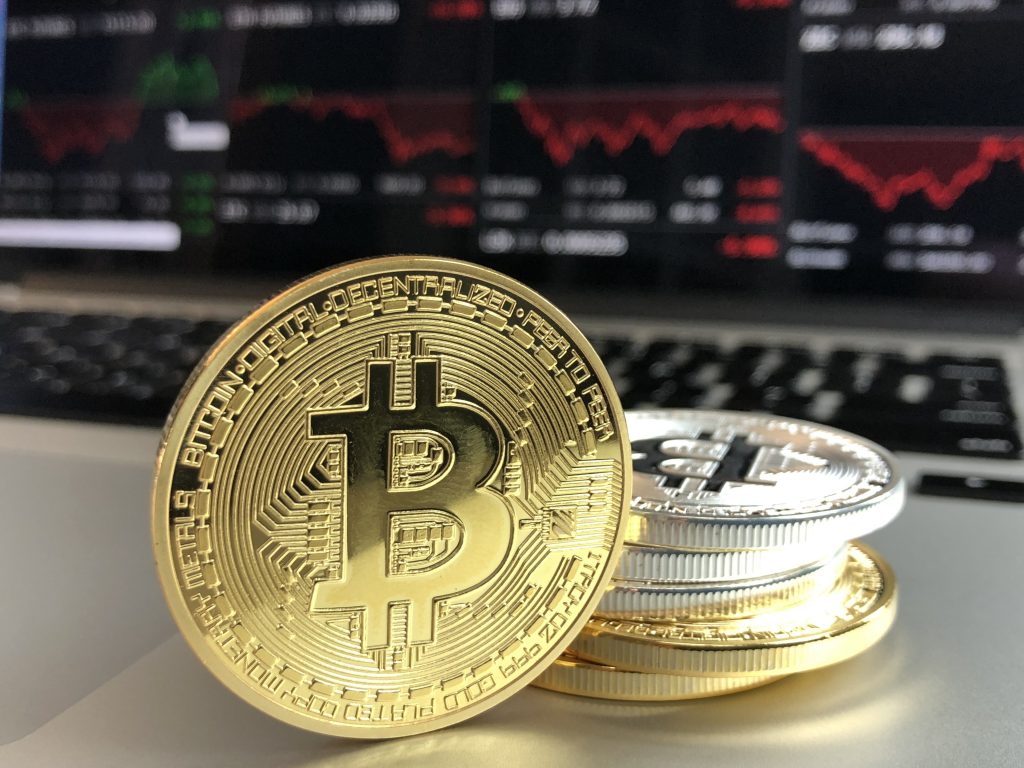 Invented by an anonymous programmer amid the Global Financial Crisis as a means of making payments away from the radar of governments and circumventing the fees of banks, Bitcoin uses blockchain technology, where each “block” protects the “chain” of previous records, encrypting them so they cannot be forged and verifying new transactions – hence the name *crypto*currency. New Bitcoin is created by a process called “mining” where the network rewards users for their services. At present, approximately 25 Bitcoins are created every ten minutes but in order to prevent inflation, the rate is programmed to decrease every year and once the amount of Bitcoin has reached 21 million, the mining process will end. This is expected to happen in 120 years.

Unlike genuine currencies, Bitcoin does not have any central or external backing since this would defeat the purpose of a decentralised and discrete means of payment. This means that the value of Bitcoin is determined solely by what investors or users are prepared to pay. As an illustration, the first Bitcoins cost only 3 US cents. At its previous peak in December 2017 the price for one Bitcoin had increased to a staggering 19,000 US Dollars and at the time of writing, in March 2021, the price is around 56,000 USD. The current, all-time high is partially attributed to billionaire Elon Musk’s decision to invest in the cryptocurrency, which caused a surge in its popularity as well as the price hike.

A New York-based investment management firm has convincingly demonstrated that the Bitcoin value is completely disconnected from that of established and emerging markets – which makes any fluctuations nearly impossible to predict. Amid the present pandemic and economic recession, however, which is characterised by volatility, the correlation between Bitcoin and gold has increased slightly.

While some private investors are likely to have made a considerable profit from Bitcoin, it is highly probable that they are outnumbered by the amount of users who lost their investments after the cryptocurrency’s fall in value after 2017. Those who held on to their Bitcoin until 2021, however, are in a good position – for now. Should high-profile investors like Elon Musk decide to divest their cryptocurrency holdings and make their decision public, the value may well fall as quickly and spectacularly as it rose.

The discretion and security of Bitcoin and its blockchain technology has made it an ideal tool for money laundering, tax evasion, blackmail and other illegal activities. The cryptocurrency recently made headlines as a number of celebrities’ Twitter accounts were hacked – including those of Bill Clinton, Michael Bloomberg and Bill Gates. The hacker asked the celebrities’ followers to make donations in Bitcoin, with the fake posts in some cases promising to reimburse the followers twice the amount donated. Unsurprisingly, the reimbursements have yet to be made.[1]

Paradoxically, the technology that attracts hackers to Bitcoin may be its main potential for positive uses too. Without Bitcoin, blockchain technology may not have become as well-known as it is today and its potential remained overlooked. Its security and ability to function in a decentralised manner could make blockchain suitable for storing personal records – notably in hospitals and health services – and protect institutions from ransomware. An alternative use that already exists is for protecting digital assets such as photos and videos where the blockchain allows the file to be traced back and attributed to the copyright holder.

Taken together, cryptocurrencies have been around sufficiently long to be unlikely to disappear completely within the next few years. As they continue to be involved in criminal activities, however, it is likely that serious private and institutional investors will move away from them despite the potentials they offer for diversifying portfolios (given their disconnect from other markets) and the current high value. In the long term, their main impact on markets, society and technology will be their contribution to making blockchain publicly known.

Disclaimer: This article does not constitute financial advice